For all of the disasters that will go down in history, The Great East Japan Earthquake that occurred on March 11, 2011, is undoubtedly one of them.

People who have lost loved ones, that can no longer see them, talk even if they wanted to, the clocks in their minds have been stopped since that day, and they walk the path alone without them. No matter how much time passes, every morning when I wake up, all I can think about are the people that I’ve lost.

Until the Great East Japan Earthquake, I would have never imagined that a tsunami had the power to kill 20,000 people.

If we look at past disasters however, this is not the first time that this has happened. According to the “Nihon Shoki”, a historical book from 720 AD during the Nara Period (710–784), a tsunami triggered by the Hakuho Earthquake (a massive earthquake that occurred in the Nankai-trough) in 684, caused the loss of many people. It is said to be the oldest recorded earthquake and tsunami in Japan.

Why did people living in the year 720 record disasters in their history books? Since then, there have been records of disasters in every era. We, who live in the modern world and have experienced many disasters in the past few decades alone, try to record and hand down the records of these disasters for future generations. 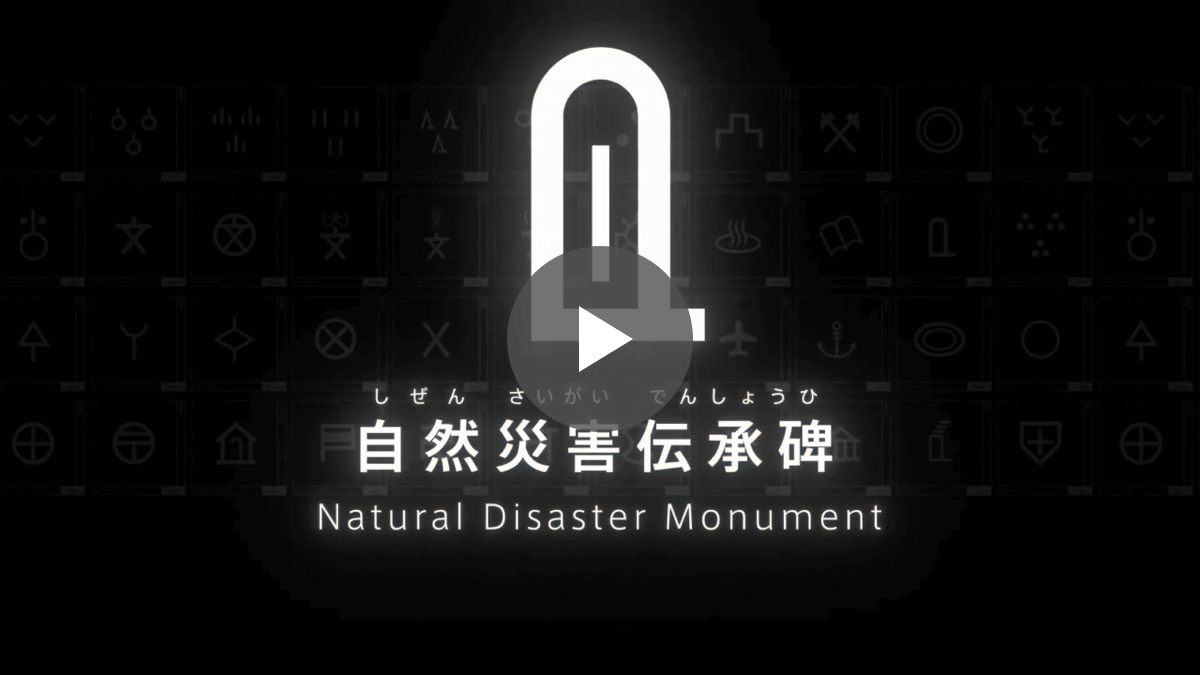 In areas affected by these massive tsunamis, “Tsunami Monuments” are sometimes established. The Sanriku region of Tohoku is known as a “tsunami-prone zone”, where a tsunami strikes every 40 years or so. In the Sanriku region of Iwate Prefecture alone, there are more than 200 of these tsunami monuments. In addition to recording history, I believe that these monuments are also an attempt to record and pass on the sorrow, frustration and failures borne by the residents of the areas affected by the tsunami.

We need to learn from these historical documents and traditions that record past disasters and apply what we’ve learned for the future. Tsunamis occur almost every year along the coast of Japan and in recent years, it has even been rare to have a year without a tsunami. 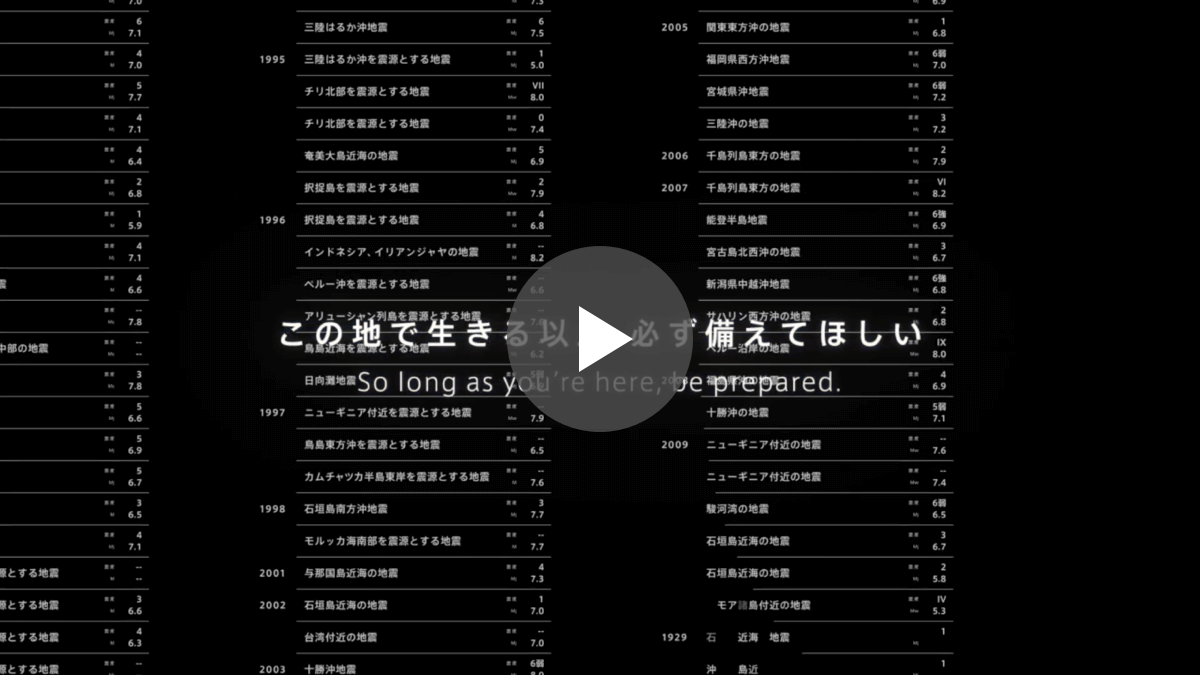 The legacy we leave

Today, we live in an age where real-time information is at our fingertips, not just information recorded on stone monuments. Our efforts are aimed at providing quick access to accurate information, and we hope to leave such an information delivery system to the next generation.

But, does information have the power to help people?
Can information save peoples’ lives?

In the Great East Japan Earthquake, the power went out immediately after the quake, so information couldn’t be delivered via TV. After the tsunami, cell phone towers went down and newspapers stopped being delivered.

Information was not reaching the affected areas.

I think that broadcasters, newspaper and cell phone companies all felt frustrated at their inability to deliver information in times of disaster, even though it is said to be infrastructure.
We have no choice but to remember those frustrations and fulfil our responsibility by preparing for the next disaster. This is how disaster prevention in Japan has evolved.

Information continues to evolve through the efforts of our predecessors

Based on the lessons learned from the disaster, cell phone towers are now equipped with backup power supplies, TV broadcasters have begun to relay information via the internet, which can be viewed from a smartphone, and newspapers are shifting to focus on real-time reporting. The type and speed of information being conveyed have evolved after each failure.

Ten years later, after the 1993 earthquake that occurred off the south-western coast of Hokkaido, the Japan Meteorological Agency and NHK made improvements to their systems, such as speeding up information announcements and introducing emergency broadcasting, that enabled tsunami warnings to be issued and relayed within 5 minutes of the earthquake.

However, the following year, in 1994, the lessons learned from the Hokkaido Earthquake were put to good use, and a tsunami warning was issued shortly after the quake, resulting in no deaths of missing persons in Hokkaido.

At that time, the seismic intensity scale value was determined based on the JMA staff’s discretion after surveying the damage that had been caused. Since it took a long time to announce the seismic intensity and there was a large margin of error, following the earthquake, a nationwide seismic observation network was established and mechanically automated seismometers began their operations. 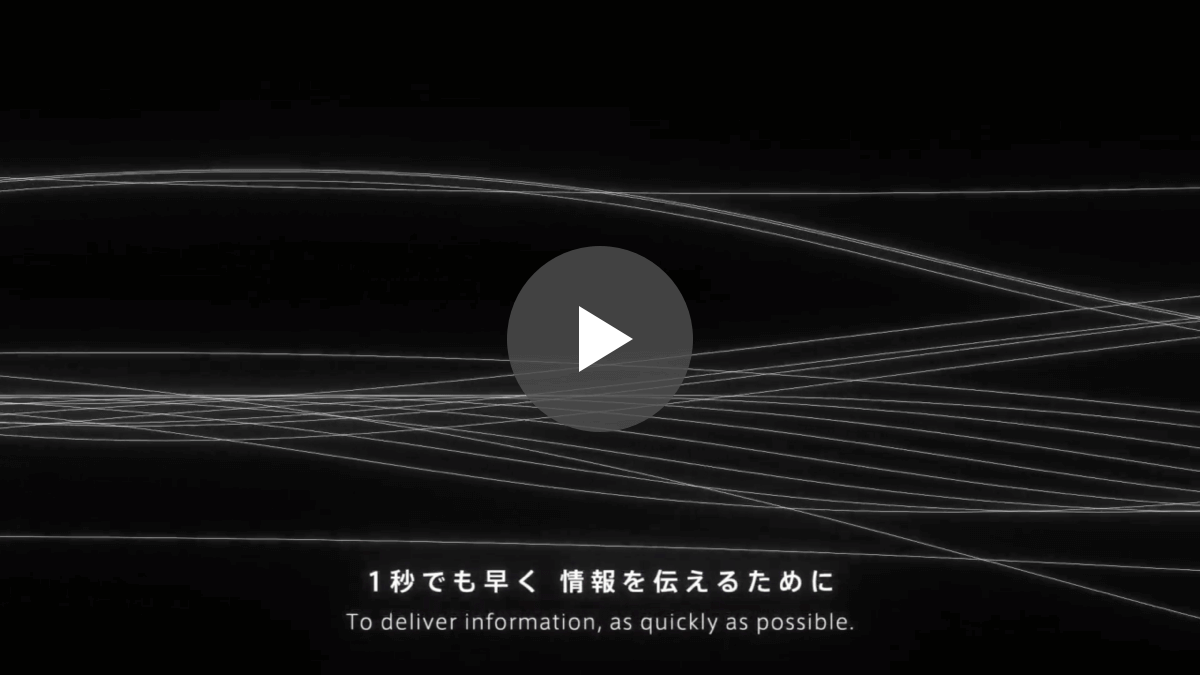 Thanks to these developments, disaster management has become extremely rapid, such as in the case of the 2018 earthquake in Northern Osaka, when the earthquake struck at 7:58 am, when two minutes later at 8 am, the Prime Minister’s Office ordered a disaster response centre was set up, and the Prime Minister began issuing instructions from 8:03 am.

Thus, by strengthening the observation network, automating the process and quickly communicating information, the national and local governments were able to speed up their relief efforts.

The seismic observation network, which was developed after the Great Hanshin-Awaji Earthquake, has since been applied to earthquake early warning systems to quickly estimate the location of the epicenter and scale of the earthquake, leading to faster tsunami warnings.

With recent evolutions in technology, information can now reach people instantly. However, information alone cannot save lives. The role of information is to help people make their own decisions. The only thing we can is to design information that can be delivered quickly and efficiently to ensure the people can act on it promptly and appropriately.

It is not the information that saves lives but the judgement of those who are there. We need information to help us decide whether to evacuate, where to go, or to stay where we are, and what instructions to give. I think it’s up to us to provide that information to the best of our ability.

More often than not, when the time comes, the information will not reach you. You should never wait for information to arrive. The 2014 eruption of Mt. Ontake was the worst volcanic disaster in post-war Japan, killing 58 people without warning.

Information from the news media, the Japan Meteorological Agency, and disaster prevention apps may not always be correct. I’ve been saying that we should “learn from the lessons of the past…”, and the media says “check hazard maps in advance”, but when you’re faced with a real disaster, you shouldn’t get caught up on past experiences or hazard map assumptions.

When the Great East Japan Earthquake struck, the size of the waves from the first major tsunami warning were calculated lower than they actually were. The "expected tsunami height" was also reported lower. While some lives were saved by the quick announcement of the tsunami warning, others may have lost their lives because they thought that the tsunami would not reach so far inland. Observation and forecasting techniques always have their limitations, and the information may not always be correct. You cannot rely on information alone.

We’re afraid of the possibility that the information we handle may end up killing people. With this in mind, we try to convey information with the utmost care.

Remedying past failures with current techniques

Since we’ve been involved in disaster prevention, Japan has experienced a variety of disasters. Not only earthquakes, but also tsunamis, volcanic eruptions, floods, landslides, and tornadoes. In addition to these disasters, we need to make use of our experience of being heavily affected by the Great East Japan Earthquake in particular. It's not a matter of duty or justice, rather an obligation to contribute to this society. I believe that this is the duty of those who lost their loved ones in the quake; to leave behind a safer society. To create a system to make this happen and to continue to pass on the lessons learned. In particular, licensed forecast service providers are obligated to communicate warning matters under the Meteorological Service law, where we are already obliged to provide disaster prevention information to the public.

Having been born in this era, as long as there’s something that we can do, it’s not an option to sit idly by.

“How I wish I could have delivered this information on that day...”
For the past ten years, I have thought about this over and over again.

But we can’t send that information to the past; we have to leave the next generation with a disaster management system that is as good as possible. Just like our predecessors who have improved the systems of disaster management before us. As an engineer, I believe that failures must be remedied by these systems.

It’s ok to take a break from information

On the day of the Great East Japan Earthquake, there were many who were affected by the disaster in other ways, whether they were directly affected or not. Especially the people who have been working hard to prevent disasters. For days after the disaster, I didn't sleep, and I was constantly exposing myself to disaster information. Constant contact with disaster information is very damaging to the mind. My hands still shake when I design tsunami information screens or build text-to-speech apps. I am sure that there are others who continue to work on disaster prevention due to the same compulsive nature caused by PTSD.

In times of disaster, information can be a major source of stress. In this age of easy access to media, news reports can be more sensational than they need to be. We don't need to be bombarded with horrific images or see people in pain and distress. We don't want you to receive too much information. The same goes for those of us in the media who are stressed by disaster information. In some newspapers and broadcasts, people who edit and compile footage of disasters over and over again in the course of producing print editions and programmes, can suffer from PTSD. We need to think deeply about the impact of this information, about who needs it, whether it’s violent or humane and if it’s in the public’s interest. I think everyone, including the press and even ourselves, has to be careful with information because today, anyone can broadcast any kind of information to many people with a single smartphone. A sense of justice can easily run amok.

“Our Duty” lies in the efforts over the next decade

We have a long way to go, and there are still many problems that need to be solved. But we believe there is more we can do in the next decade than in the previous one.
We want to thank everyone who has supported us, collaborated with us and permitted us to use their rights.

Gehirn will continue to work to further strengthen the distribution of disaster prevention information. 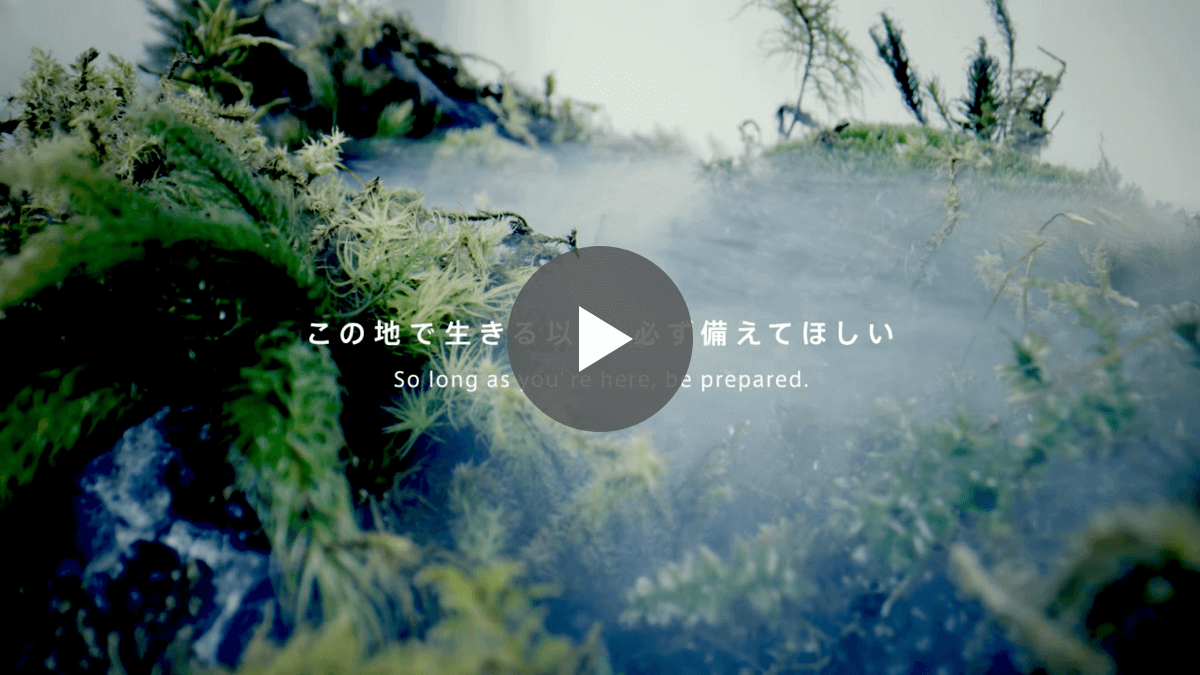